We found some great data around both worst airports and worst airlines for Thanksgiving travel to share. Let’s start with the airlines.

Thanks to AirHelp, here are the top ten worst airlines for Thanksgiving travel – starting with Allegiant and ending with Hawaiian. This study looked at performance over the past four year period 2012-2015, taking in to account the average percentage of delayed departures. Other factors, like delayed arrivals and cancellations were not examined. So, while not offering an all-encompassing conclusion of the worst airlines for Thanksgiving travel, it at least gives us enough ammunition to set expectations. 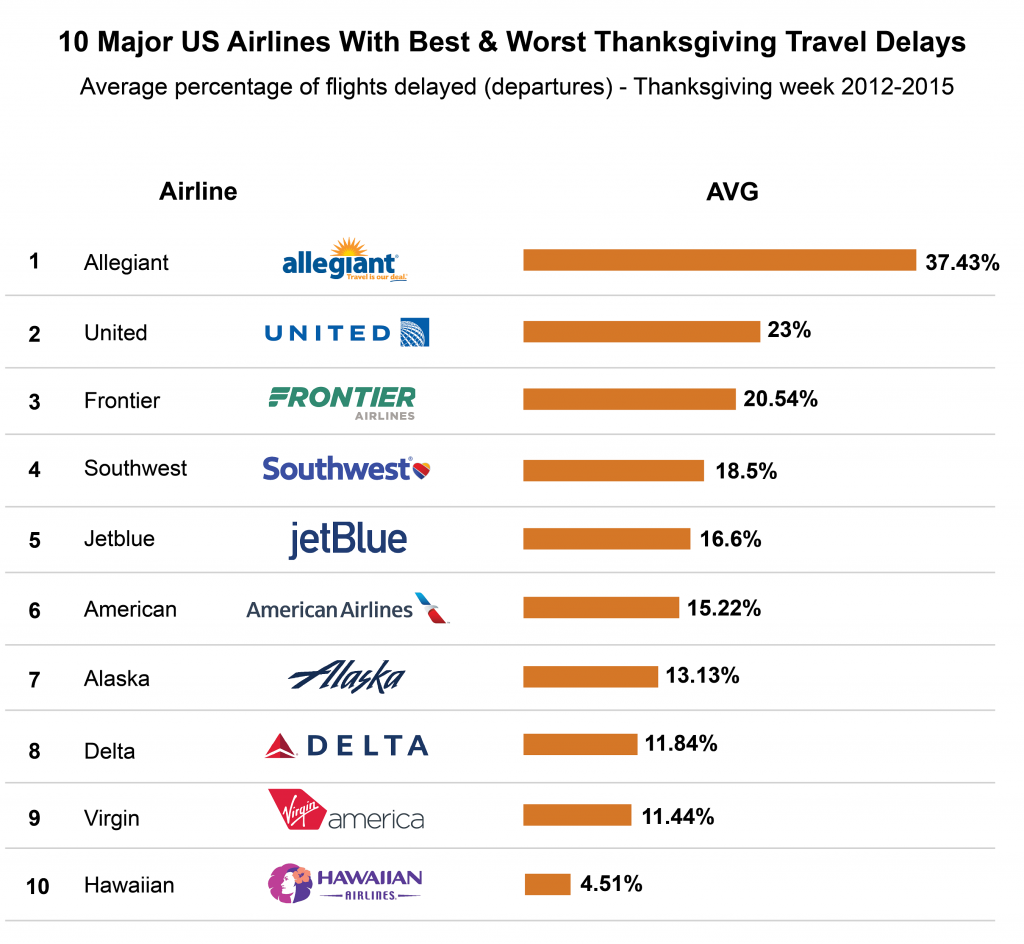 A few key highlights are as follows. First of all, for Allegiant, this carrier has a proven track record of letting down customers. Maintenance, staffing, and mechanical issues plagued the airline earlier in the summer, and will certainly be likely to crop up again during the impacted holiday season.

We kind of expect poor performance metrics for the Low-Cost Carriers (LCCs) in the bunch – Allegiant and Frontier – but traditional full-service airlines make an appearance in the worst airlines for Thanksgiving travel list as well. United, at the second worst slot, shows up with 23% of delayed departures over previous Thanksgiving, despite a an AirHelp overall on-time performance rating of 7.8/10.

Delta also shows up at the eighth position in the list and Southwest also made it in at at number four. Some of the anticipated delays for these carriers may be attributed to technology system problems, like the system meltdown we covered over the summer. Looking at past data, it appears Delta previously canceled a number of flights last minute, and Southwest has been plagued with technical difficulties. Our advice? If you do run in to a technology system outage, you are entitled to a full refund by law, so stay on the airline to deliver on this promise.

Wondering about the worst airports for Thanksgiving travel? We’ve rolled those up too for your viewing pleasure (thanks International Business Times). Remember, these are in order of worst to slightly less bad:

The conclusion is that if you’re flying out of NYC, you’re screwed.

The best airport is not surprisingly PHX (Phoenix Sky Harbor) for both being an awesome airport (check it out in the tripchi airport app), and being in a sunny location where weather is literally never a factor (except for the occasional Haboob dust storm, including the one I witnessed in 2011).

And, here’s a nice infographic recently put out by OAG that pretty much sums it all up: 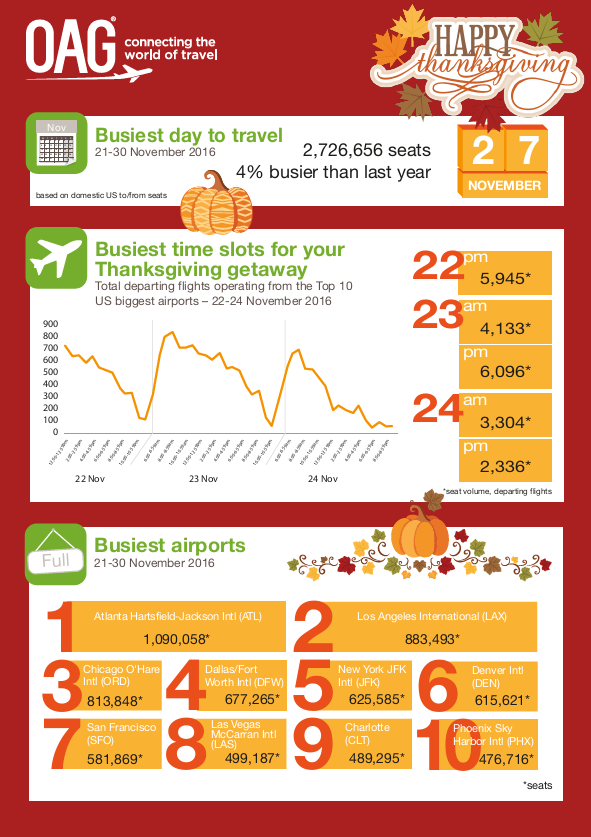